Today I learned... The Man of a Thousand Voices was a Freemason 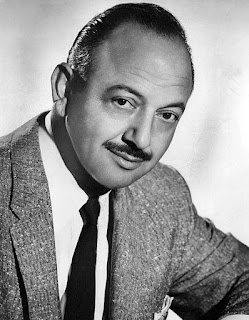 When the name Mel Blanc is mentioned what's the first thing that comes to mind? The voices of Bugs Bunny Daffy Duck, Fred Flintstone's neighbor and pal Barney Rubble and George Jetson's  boss Mr. Spacely who in almost every episode declares "Jetson! You're Fired!" Mr. Blanc's repertoire of voices in both radio and television spans from the mid 1930 until his death in 1989 and as a result of his versatility he was dubbed "The Man of the Thousand Voices" working for some of the biggest animation studios in Hollywood including Warner Brothers, Hanna-Barbera, Walt Disney and Ruby-Spears, he also inspired many of today's voice-over actors into the business, these include Nancy Cartwright (The Simpsons), John DiMaggio (Futurama), Rob Paulsen and Tress MacNeille (Animaniacs), Billy West (Ren and Stimpy) and Frank Welker (Scooby-Doo) all of who would become voice-over legends in their own right.

But did you know that Mel Blanc was a travelling man? yup it's true and he was involved in many other Masonic organizations too... Born Melvin Jerome Blank in San Francisco (He would later changed his name to Blanc at the advisement of a high school teacher), he later moved to Portland, Oregon where he worked various jobs in radio and television before moving to Los Angeles to seek his fame and fortune. In 1925 while still in Portland he joined the Sunnyside chapter of DeMolay International for which he was later inducted into their Hall of Fame. After saving enough money Blanc petitioned for membership at Mid Day Lodge No. 188 where he received his Fellowcraft degree on November 20, 1930, passed to the Fellowcraft degree on January 5, 1931 and was raised to the Sublime Degree of Master Mason on March 12, 1931.

He became a member of the Scottish Rite Valley of Los Angeles taking his degrees from January 14th to the 16th in 1951 and joining the Al Malaikah Shrine Temple on June 29, 1951. He remained very active in the Masonic Lodge in Portland and in Los Angeles, DeMolay, Shrine and Scottish Rite organizations until his death in 1989.
.
Information Source
Brother Mel Blanc: "The Man of a Thousand Voices" by Sir Knight Ivan Tribe, attributed to the KnightTemplar.org website.
Mel Blanc article - attributed to the English Wikipedia (en.wikipedia.org/wiki/Mel Blanc)