Saying Goodbye Is Hard To Do...

After W:. Jerry Haynie closed the Stated Communication all of the officers along with R:.W:. Anthony L. Pickren, District Deputy Grand Master took a final picture in the East. 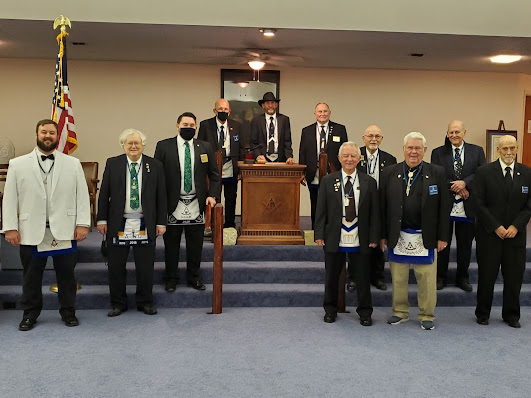 Bro. Rick Schwarz, an honorary member of Winter Haven No. 186 created a video providing a final tour of the Winter Haven Masonic Temple before the building was officially sold. Thank you Bro. Rick.