Congratulations To Us! Our Website is Three Years Old Today 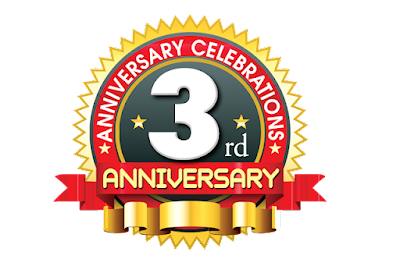 Today we celebrate the third anniversary of our Master Mason Association's presence on the Internet. It all began in May 2019 when Bro. Rick Schwarz proposed to the Master Mason Association the idea of creating a website to promote Freemasonry not only in the State of Florida but in the 21st Masonic District which at the time consisted of 15 lodges (As of 2020 we now have 14 lodges) located in three counties including Hardee, Highlands and Polk which encompasses over of 100 miles of Masonic territory (The 21st Masonic District is the 4th largest in the State of Florida), the proposal was pass unanimously by Brothers who were present at the MMA meeting and so Bro. Schwarz began work setting up the site to go live on May 30, 2019, during its time online our site has gone through changes in design but we were finally able to settle on a single design which we've been using since 2021.
Posted at 12:00 AM
Email ThisBlogThis!Share to TwitterShare to FacebookShare to Pinterest